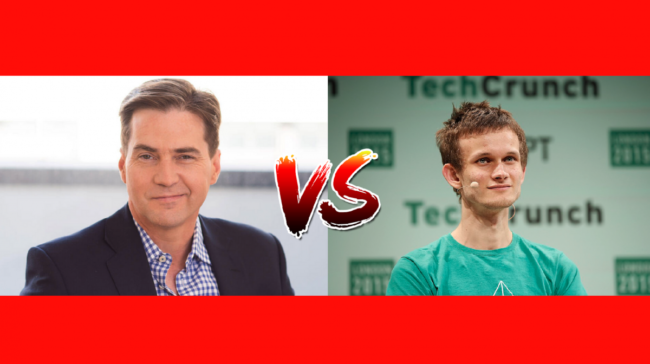 Craig Wright has been recently shining under the spotlight, and it’s obviously for all the wrong reasons.

We already reported that the whole cryptosphere is getting tired of his claims and there’s been a boycott movement that debuted.

Wright has been claiming that he’s Satoshi Nakamoto, Bitcoin’s inventor and he’s been doing it for quite a while, despite the fact that there are a lot of pieces of evidence which show that he’s lying, but this doesn’t seem to be enough to stop him.

He also keeps threatening people who call him out for being a fraud with lawsuits and the latest person who was threatened by him is Hodlonaut – the person behind this Twitter account is anonymous, but they called out Wright as well. It seems that the person even called Wright, “mentally ill.”

Wright threatened Buterin and McCormack with lawsuits for libel and defamation, and he reportedly spoke to Bloomberg about his thoughts.

Craig Wright absolutely should have a voice. But so do all of us laughing at his stupidity.

It seems that Buterin said Wright does have the right to speak his mind, but it’s also important to understand that others too have the “right to laugh at his stupidity.”

My formal response to the letter issued by the lawyers of Craig Wright and @CalvinAyre. This was sent today. We look forward to resolving this quickly and efficiently. pic.twitter.com/ANSmF1kH8k

It was also reported that so far Buterin did not respond to Bloomberg’s request for a comment.

McCormack said that he has several lawyers that would help him on a pro bono basis.

“I am mainly seeking people who have a perceived authority within the cryptocurrency industry so Vitalik & Peter McCormack. They have been sent the opening letter outlining the case already. This will give me the chance to prove my credentials in front of a judge rather than being judged by Twitter,” Wright said.

We also recently reported that Binance and more exchanges have decided to delist BSV.