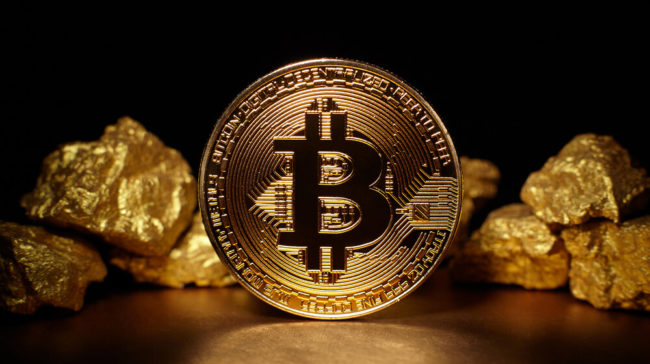 Since Bitcoin has been created, the digital asset has been seen as a viable alternative to traditional assets and also a potential replacement for gold.

Speculations on whether BTC could replace gold as a store of value have been flooding the crypto space, and now News BTC analyzes what would happen if such a thing were to become a reality.

HodlWhale, a Seattle-based crypto investor, says that if BTC were able to replace gold, then we would see BTC valued at $350,000.

NewsBTC says that this figure is not too far-fetched.

They explain that “all gold in circulation is currently valued at approximately $7.83 trillion, while all BTC has a mere $94 billion valuation.”

They continue and explain that “If the latter was to fully displace the value of the first, Crypto Voices, industry analytics and research group, estimated that BTC would swell to a value of $450,000 — slightly above HodlWhale’s estimate.”

The report said that BTC is expected to disrupt traditional assets such as stores of value and reserve assets.

Bitcoin’s price could surge due to this catalyst

In other news, we recently addressed a catalyst which could boost the price of the most important digital asset.

Rakuten which is known as the Japanese Amazon is a massive online retailer that has been working in e-commerce, media, online banking services and more has been expanding rapidly.

It was reported that Rakuten has become interested in BTC and crypto.

Back in 2018, Rakuten’s reps have assumed that BTC payments are going to become more popular in e-commerce in the future.

UToday reported that Forbes believes when Rakuten will start accepting BTC completely, this will trigger the next bull run and it will push the crypto market forward.