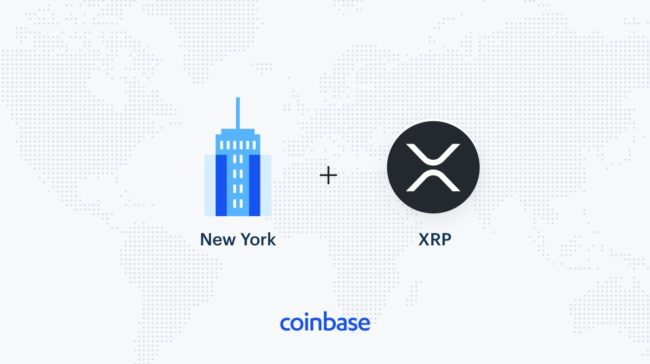 The crypto space witnessed Bitcoin’s parabolic run with a lot of excitement these days. Now, the price of the most important digital asset in the market is lingering above the $8,000 level, and everyone’s wondering whether it surges again soon.

Ripple’s digital asset, XRP’s price has also moved during this race, and it finally waved goodbye to the same old $0.30 level where the coin has been stuck in for a while.

At the moment, XRP is priced at $0.427947 on CoinMarketCap, and unlike BTC which is currently trading in the red, XRP is trading int the green.

Oracle Times notes that one of the reasons for which XRP’s price has finally moved up it the fact that Coinbase has launched trading support for XRP for New York residents.

Some might have believed that its price surge has to do with BTC surging but this happened recently again and the fact that BTC went up did not lead to a rise in the price of XRP, so the Coinbase reason is more likely.

But, of course, the BTC rally is also “to blame.”

Coinbase tweeted the news this Monday and said that New Yorkers could “buy, sell, convert, send, receive or store XRP on Coinbase.com or via its iOS and Android mobile apps.”

Following the huge announcement, the price of XRP jumped over 20% to reach a high of $0.39, according to data from CoinMarketCap.

XRP (XRP) is now available to Coinbase users who are New York residents. New Yorkers can now log in to buy, sell, convert, send, receive, or store XRP on https://t.co/bCG11KMQ6s or using our iOS and Android apps.https://t.co/5VE1WklrWo pic.twitter.com/Zp5odgaoHs

The exchange’s list of supported cryptocurrencies continues to grow.

One of the latest bold predictions about the price of XRP is that it could hit $10 in the next bull run.