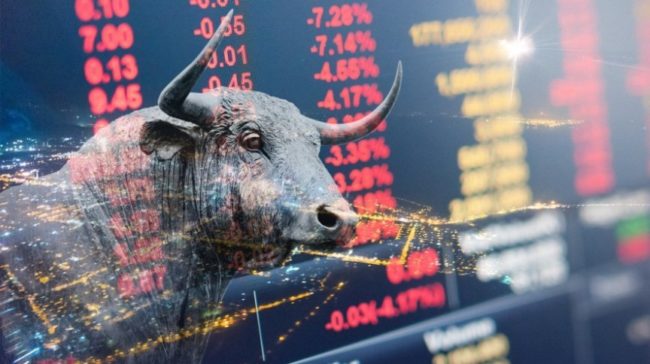 Bitcoin (BTC) latest rallies in the crypto market have been triggering enhanced enthusiasm among investors and holders alike.

Crypto experts are waiting with excitement that BTC hits the $10k level because they say that the event will mark the moment in which the FOMO gets unleashed.

According to the recent reports coming from Bitcoinist, during a CNBC interview, Anthony Pompliano, the CEO of Morgan Creek Digital, said that Bitcoin and the US dollar are not tied to anything.

He continued and also said that the value drivers for “all the equities and every other asset are tied to something such as earnings, interest rates, GDP and so on,” Oracle Times noted.

A lot of experts don’t see the US dollar to be as united as Bitcoin and some people even believe that the dollar is actually tied to the US government and all the economic and military might, according to Bitcoinist.

Anthony Pompliano highlights that the bulls are back

During the interview mentioned above, Pompliano advised investors to bet on BTC and include their coin in the portfolio. He made sure to highlight the fact that the bulls are back in the crypto market and he also said that exchanges are already seeing all-time high volumes.

He mentioned Fidelity, which is reportedly eyeing the crypto market these days.

“We hit the bottom of the bear market, and now we have entered into this bull market. It would not surprise me if we entered a kind of two to three-year bull market now,” Pompliano said.

"Bitcoin is not tied to anything"

"Neither is US dollars and how big is your cash position?" – @APompliano ? pic.twitter.com/OUqt7bBJZl

Earlier today, we reported that the latest BTC prediction comes from Max Keiser, a Wall Street veteran, who predicted that Bitcoin’s price could retest the $20,000 level soon.

But he also said that BTC hitting $28,000, for instance, is a viable possibility, although he did not say when such a target could be reached.