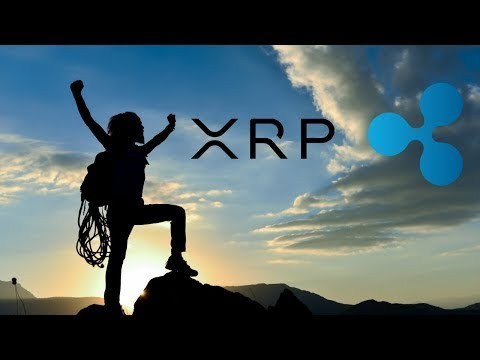 Ripple and XRP are in the spotlight again. The two entities have had the most successful year, and besides the fact that XRP is still undervalued in the eye of many supporters and the coin still hasn’t managed to mirror the achievements of the San Francisco-based company, everything is going smoothly.

There have been a lot of crypto-related predictions this year, and especially after the bulls returned to the crypto market back in April, these forecasts are intensifying, and they’re also becoming more bullish.

There’s a bullish prediction regarding the price of XRP that’s been circulating online, and Samartereum has recently analyzed it.

It seems that a prominent crypto investor said that XRP would be hitting this impressive figure and this person believes that XRP has all that it tales to surge so much.

Smartereum did not mention who exactly made the prediction and simply wrote “XRP 589 dollar price prediction that has been circulating among digital asset investors in the XRP army and XRP rich list.”

The online publication also makes a comparison between BTC and XRP and say that BTC went from $0 to almost $20k in less than ten years.

It’s also noted that the XRP blockchain is definitely faster than BTC and also cheaper to use.

It’s already been reported various times that a transaction made on the XRP ledger takes a few minutes compared to BTC which seems to become slower with the passing of time, according to Smartereum.

The primary catalyst for a surge for XRP is Ripple

Smaretreum concludes the article by saying that a surge to $589 is a viable possibility and Ripple is the main trigger that could lead to this.

“Another reason why XRP has strong potential is that it is backed by a rich and influential company, Ripple. Ripple is one of the top Silicon Valley blockchain tech companies in the world, and its ultimate goal is to be the foremost payment protocol for local and international transfer.”

We recently reported that now is the ideal time to invest in XRP.