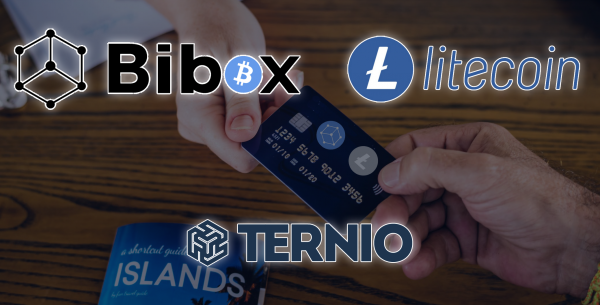 One of the main goals for this year in the crypto space is achieving mass adoption for digital assets. There have been a lot of achievements that took place in the space and are supporting this goal.

Litecoin made its own move just recently, and the Litecoin Foundation has just revealed something massive in this direction – they have a new debit card.

The debit card will be released soon, and this special edition will allow its users to spend their digital assets either online or in physical stores anywhere in the world where credit cards are accepted.

The card is called Litecoin BlockCard, and it’s the result following a collaboration between three crypto companies: Litecoin, Bibox Exchange and Ternio.

This has been developed for shoppers who want to spend crypto just like cash and who are basically supporting the mainstream adoption of digital assets.

According to the official announcement, it’s been revealed that US-based users will be the very first customers who can use this.

“The special edition debit card will first be released to United States residences and soon after for non-US customers. Bibox Exchange and the Litecoin Foundation will integrate the debit card directly into the Bibox Exchange and LoafWallet – the official Litecoin wallet. Users will be able to access their cards directly within these ecosystems, giving them instant access to spend,” the notes say.

Smaretreum noted that back in 2015 LTC’s price rallied a lot against the price of BTC before the halvening event.

They also said that if history were to repeat itself, the LTC rally could take the coin all the way up to $250 by the time Litecoin halving occurs.