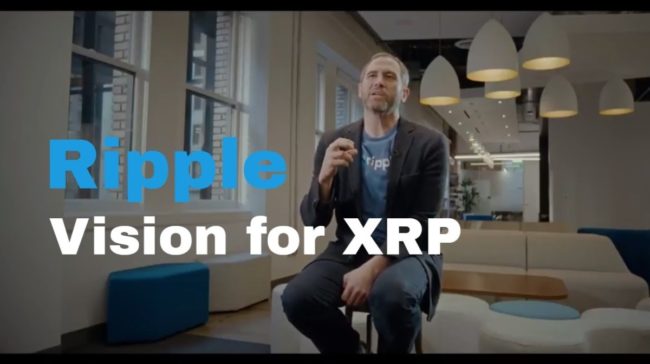 Ripple has been more than successful for the past few weeks. During this period of time, the company’s digital asset XRP even managed to position itself on the second place under Bitcoin in terms of market cap, leaving Ethereum (ETH) behind.

Just recently, Ripple CEO Brad Galringhouse compared XRP and Bitcoin in terms of transaction speed and costs and the conclusions are mesmerizing.

XRP is 1,000 times faster and cheaper than BTC

For the past two days, San Francisco was on fire thanks to Ripple Swell 2018 conference which was an extremely important event not only for the company itself but the entire crypto community, thanks to massively important names who attended the event.

During the conference, Brad Garlinghouse, Ripple’s CEO joined a list of more essential names in the crypto space and addressed globalization, cryptos, and more important subjects.

He also made sure to highlight the amazing features of XRP by comparing it to Bitcoin.

Cheddar had an interview with Garlinghouse, and he spoke about the speed and price of transactions which basically make Ripple’s digital assets the best choice that people currently have in the cryptosphere.

A while ago, the Ripple team also offered various reasons for which XRP is more decentralized than Bitcoin, and this was it made sure to dismiss all accusations regarding centralization.

Ripple’s latest achievements include the launch of xRapid, the company’s XRP-powered product that has already been implemented in various banks at the moment. The future looks extremely bright for both the company and its coin XRP.