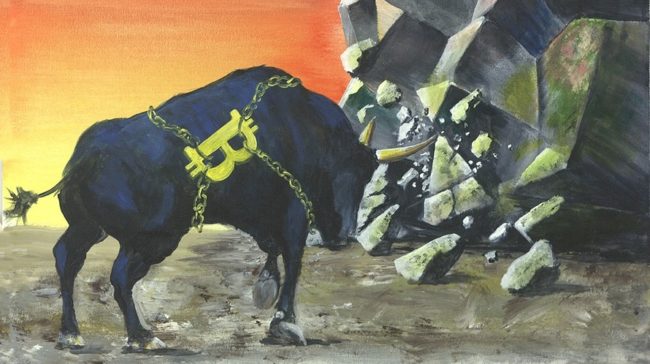 The U.S. SEC has been analyzing crypto related issues for quite a while now, continuing to push back dates and causing tons of consternation in the blockchain and crypto communities.

The SEC’s next date is supposedly October 26th, and by then, a decision could be made.

The past few days have brought a lot of optimism in the cryptosphere and the reason for the fact that the SEC showed an openness to the argument supporting or opposing the Bitcoin ETF proposal.

This is a crypto investment and advisory business. He was previously the CEO and founder of The Creative Counsel, one of South Africa’s biggest advertising agencies. His show Crypto Trader is on CNBC Africa, and he has an influential voice in the field.

In the US, the SEC on a hunt for Securities laws offenders meanwhile in Korea…https://t.co/fbOgAckCt2

Now, he thinks Bitcoin is about to take off, and he even senses a bull run so much that he just bought more.

He tweeted a couple of days ago, “I just bought Bitcoin for my parents. It’s too obvious that it’s about to explode…”

Later that day he added some clarity to his point with another tweet.

The crypto market was fueled by the ETF before

The markets have been fueled by the ETF in the past as well, and now, as the decision is carefully being made, another bubble could build up.

Forbes’ price estimator says that the price of Bitcoin should be climbing in the coming months and it could even double by the middle of the next year.

The SEC’s decision could linger on as well, and this means that we might have to wait a while longer before we get to see a real boom in the market.