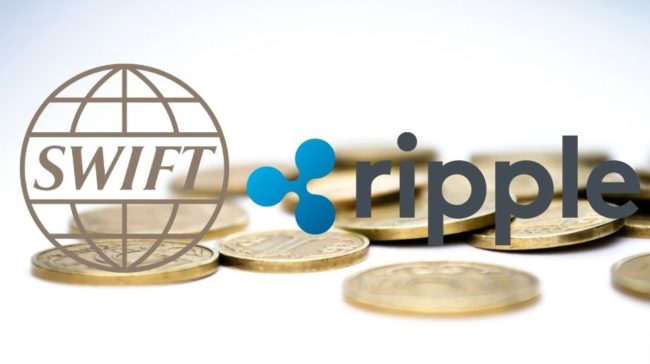 The rumors claiming that there’s a potential partnership in the works between Ripple and its main competitor SWIFT have been around for a really long time.

And even if Ripple made sure to deny these claims, the Twitter community kept guessing.

Now, SWIFT itself denies such speculations which have been claiming that the traditional payments systems is planning to integrate Ripple’s solutions for cross-border transactions.

SWIFT has been working t0o update the protocol standards and they recommended clients to upgrade to the company’s new global payments platform that’s called Swift gpi.

The update that’s being prepared is the main thing which led to Ripple’ related speculations with more and more voices claiming that this update will definitely make RippleNet and xRapid available to thousands of banks via the SWIFT network.

Ripple has recently attended at a recent SWIFT Sibos conference that took place in Sydney, Australia and this also contributed to the confusion.

Now, a SWIFT spokesperson said that there is nothing true in these claims.

During an interview with Finance Magnates, the spokesperson stated that “I’m not sure where those rumors are coming from, but the upcoming standards release … is entirely unrelated to RippleNet.”

They continued and explained that “Its primary purpose is to ensure all payments include a tracking reference (UETR, Unique End-to-end Transaction Reference) which will allow banks to track their gpi payments end-to-end in real time.”

The company says that Ripple’s recent Q3 XRP Markets Report points to “further upside” in XRP’s price, due to a surge in institutional investor volume.

The research also highlights the commercial release of Ripple’s xRapid which uses XRP for cross-border payments as a potential catalyst for the increase in the price of XRP.