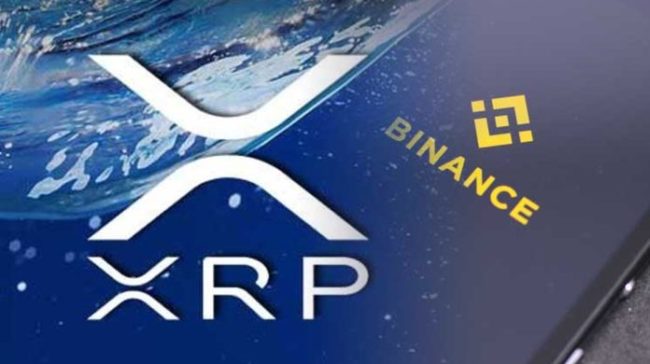 The Ripple and XRP community of supporters were quite busy these days, trying to prove Binance CEO that he should add their favorite token to his exchange as a base pair. Here’s what happened.

Changpeng Zhao’s interaction with the Ripple and XRP community

It’s not a mystery anymore that the whole crypto community’s dream is to see their favorite coin ever, Ripple’s XRP added to Binance as a base pair.

Now on Twitter, Changpeng Zhao noted the massive strength of the XRP community, and he asked Ripple’s supporters to convince him why he would pair every coin that’s on the exchange with Ripple’s digital asset.

Till death do us part! Match made in heaven #XRPTHEBASE pic.twitter.com/98FgH9TCJF

After XRP took over Ethereum as the second largest crypto in the world, now XRP investors are confident that Binance will or at least they say it should pair all of its coins with XRP.

Such a move could further detach the altcoins from Bitcoin’s price fluctuations.

What’s even more important is that if multiple exchanges add XRP as a base pair, traders could be easily able to use the speed of XRP to move value between exchanges.

As expected, Ripple and XRP community did not disappoint, and they flooded Zhao with thousands of retweets, replies, and likes.

XRP on the road to the sky
so XRP as base on Binance please pic.twitter.com/H49hSZvCfE

The latest addition to the list of Ripple’s partners is CIMB.

This will allow the bank to provide its customers with instant cross-border payments.

Ripple said that the bank would use the blockchain technology in a part of the world in which Ripple’s technology could improve the speed and efficiency of transactions.