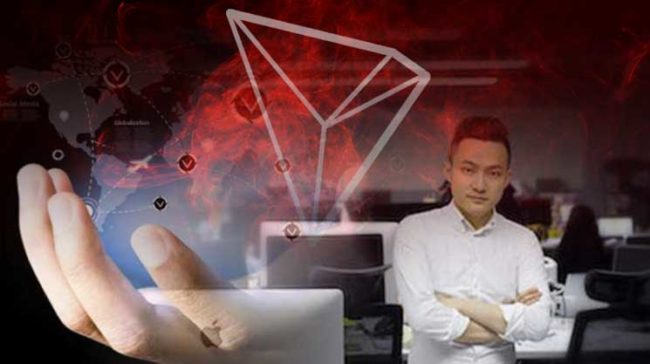 The Tron Foundation and the massive Tron community have celebrated recently the launch of a BitTorrent native token BTT on Tron protocol.

As expected, Justin Sun also celebrated the event as he always does on social media. He’s known as one of the greatest promoters of his business in the whole crypto community.

This BTT-related announcement triggered massive excitement in the Tron community, and this also led to a surge in TRX’s prize.

Not too long passed until someone came along, wanting to shut down this massive excitement.

A former chief strategy officer at BitTorrent, Simon Morris has just revealed that the BTT is not suitable for the Tron network.

He claims that Tron would definitely not be able to handle the high rate of transactions of BitTorrent.

“I suspect that what they’re really going to do is they’ll do it on some central server, they’ll wave their hands and say, ‘Oh, it’s a Lightning Network for TRON,’ or something, and pretend it’s TRON-based, but it’s not really TRON-based,” Morris commenter in a new interview with Breaker Magazine.

Morris also highlighted that Tron and Sun are not ready at all to create and launch a token for BitTorrent.

Even if he said that Sun is a great marketer, he offended him saying that he would not understand a thing from the technological part of the issue. Here are his exact words as cited from the online magazine:

“He has a very nice personality from a marketing point of view. He doesn’t have a technical bone in his body. He wouldn’t understand, technically, anything. But the approach that bothered me was, the very sort of Trumpian approach—if you get caught in a lie, the answer is you double down on the lie. [It was] the endless doubling down on lies that made me think it wasn’t going to be a fit.”

Justin Sun has proven so far that no matter how criticized he is, he minds his own business and plans, making sure that everything he promises eventually comes to life.