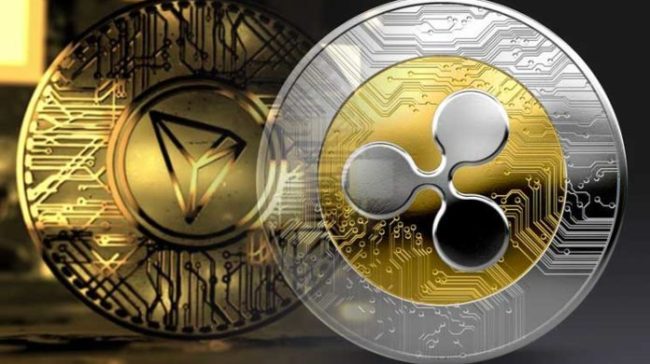 In the crypto space, there are a lot of opinions more or less entitled.

The controversial Craig Wright has brought massive contributions to the development of crypto and the blockchain tech, but he did not make a lot of friends while doing so.

The main reason is the fact that the man never holds back when he says something to say.

He’s famous for coming after various projects but not with too constructive criticism.

Smartereum spotted him coming after XRP and TRX fans these days.

XRP slammed as a “retarded project.”

Wright referred to XRP on Twitter as a “retarded project” while apologizing to the mentally challenged people along the way. He said that Ripple’s XRP is just being promoted by marketing hype.

You can see the entire conversation with the XRP community who was obviously angry in the thread below.

“No, it is a sham system that adds little – a false promise, shit tech with marketing and hype. A security that is falsely marketed as something novel” – this is just an example of what he had to say.

Respect other point of view
as We respect yours a different one.
what wrong for you in #XRP ? being "controlled" ? not 100% decentralized ? being with real use cases in the real world ? being already doing business ? #crypto #cryptocurrency #XRPcommunity #satoshi? hates Xrp

Coming after Tron as well

Wright also came for the TRX community, and he slammed the ones who believe in the coin as being “dumber than dirt.”

“How do you know that someone is dumber than dirt? You see them supporting TRX. Even dirt is smarter than that,” he said via Smartereum.

Tron and Ripple, loved by a massive part of the crypto community

Both Tron and Ripple are two of the most popular projects out there these days. This is of course due to massive marketing as well. Just consider Justin Sun who advertises his project all day long and supports it a lot.

But there are also a lot of impressive achievements that these two projects have flaunted even back in 2018 when the market fell. They also achieved significant partnerships with some of the most important names in the world.

It’s no wonder that TRX and XRP supporters were on fire when they read Wright’s comments.