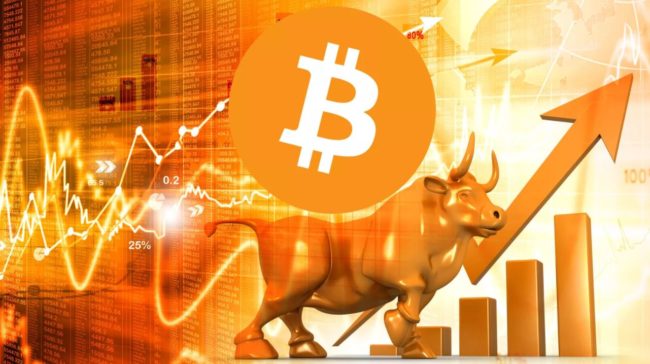 This Sunday could not have begun on a happier note. Lots of experts have been expecting Bitcoin (BTC) to just hit the resistance level of $4,000 and then fall back again and so on in a repetitive trend this year.

But it seems that things are going much better and BTC managed to broke resistance and the coin settled at the 200 moving average level at around $4,200.

Currently, BTC is trading in the green, and it’s priced at exactly $4,182.98 on CoinMarketCap.

This great move in the crypto market pulled all the other altcoins as well up to a brand new 2019 high in terms of market cap.

Ethereumworldnews reports that “are currently trading at their highest levels this year and at a market cap close to the Christmas Eve rally that took it to $146 billion. In the past 12 hours or so around $9 billion has been pumped into cryptocurrencies pushing markets to a 2019 high of $144 billion.”

The daily volume is all the way back over $30 billion once again after OKEx and Binance are the two leading exchanges with around a billion dollars in trade. 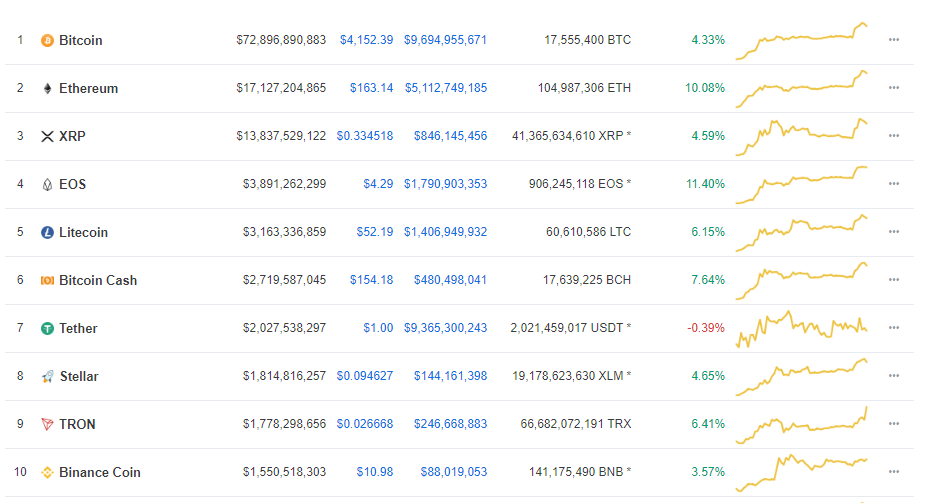 Ripple’s XRP joins the rally as price predictions are optimistic

High predictions involving XRP’s price, such as the one claiming that the coin will hit $589 are not that far fetched considering the project’s developments and achievements.

Ripple’s primary goal is to overcome SWIFT, and some important players have already ditched the traditional payments system to get on board with Ripple’s product, xRapid which is powered by XRP.

ZyCrypto reveals that he believes XRP should be worth $10,000 and the proof lies in the token’s design.