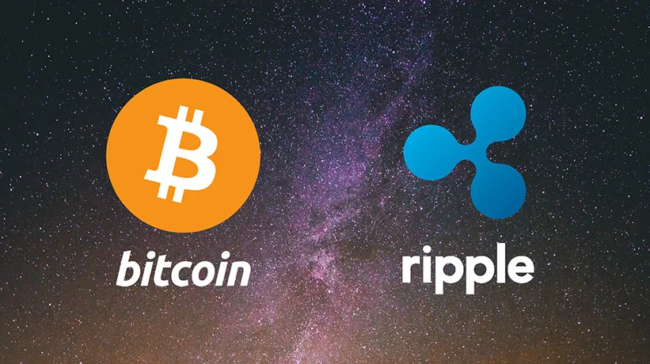 Ethereum’s Vitalik Buterin basically says XRP is better than Bitcoin (BTC). He recently tweeted a comparison between BTC and XRP and this was in a reply to a tweet that has been posted by software engineer Pierre Rochard.

Rochard said in his tweet that Bitcoin is the best stablecoin out there and the ideal store of value as well.

He posted a graph showing the price of BTC and the tech and it was a flat line as you can see below.

Buterin hopped in the comments and replied by saying that an XRP graph would be the best choice to showcase what Rochard wanted to highlight. He also noted that XRP is “sound money” compared to BTC.

Of course, as we already reported, Buterin made sure to throw a little shade on XRP as well, but it’s clear that the man believes XRP is way better than BTC.

I think you want to use XRP. The chart for XRP/XRP would look the same so it's also sound money, but they have Institutional adoption™ and Partnerships™ so they're better.

Buterin wrote a piece back in 2013 which was praising the Ripple decentralized project.

He wrote it for Bitcoin Magazine which was co-founded by him back in 2013, as Oracle Times reports.

As you will see in the article, he was praising Ripple: “Altogether, what Ripple has accomplished is impressive. With Ripple, we have a way of sending, receiving, and holding any currency – not just one specific cryptocurrency – in a decentralized way.”

Buterin also wrote, “Regardless, the fact that Bitcoin now has a strong and compelling alternative makes it clearer than ever that the idea of cryptocurrency as a whole is here to stay.”

Ripple and XRP have been making headlines throughout the bearish 2018, and both entities continue to be in the spotlight due to multiple achievements, developments, and partnerships that the company acquires.

Regarding prices, both XRP and BTC have been racing during the past few days as it seems that the crypto market has been kicked by a tiny bull.