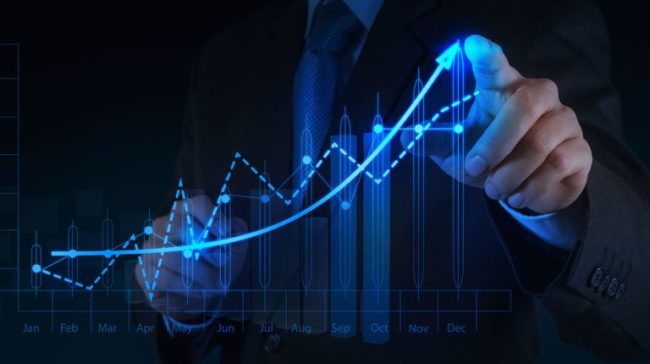 Fidelity US brokerage giant has just launched a new digital asset company which aims to serve hedge funds and family offices, and more exchanges will be used to make trades.

Smartereum notes that this important event will trigger a surge in price for Ripple’s digital asset XRP, Bitcoin (BTC) and in fact for the entire crypto market.

XRP is consolidating at familiar levels and the market is preparing for a breakout as we already said. This is poised to happen sooner rather than later.

“Going by the hourly chart of the cryptocurrency, there is a wedge pattern which is dated back to the early days of the year. A convergence of two lines on the chart could mean a significant break on either side,” according to the online publication.

XRP had a great year so far, and when the digital asset got listed on Uphold it managed to account for under 10% off the purchases made on the platform, and the figure changed to 43% after just a short period.

Smartereum maintains its prediction that XRP reaching $5 is not too far-fetched due to so many new listings and partnerships. We’ll just have to wait and see if the price will indeed go up.

Tron’s founder Justin Sun agrees that Bitcoin (BTC) has already hit a bottom and this means that the crypto market is on its way to recovery and we can finally wave goodbye to the 2018 bears and leave them in the past.

Bitcoin and crypto-related predictions are flooding 2019 and, surprisingly or not, they are pretty bullish.

More than that, the Winklevoss twins aka the two Bitcoin billionaires and also the founders of Gemini Trust also said that they still believe in the future of Bitcoin during a recent conference in Texas.