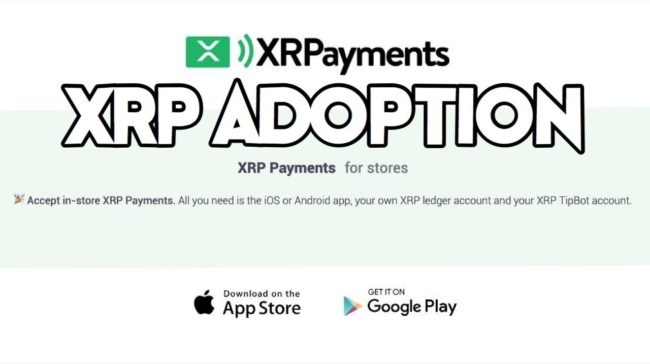 Ripple and is digital asset XRP have been enjoying a great 2019 with a lot of achievements so far. More partnerships and increased adoption have brought tons of excitement int the Ripple and XRP community.

Ripple-backed XRPL Labs brings more good news as it launches a new payment app that will give store owners the easiest way of accepting XRP.

The app XRPayments is now available on iOS and Android via the App Store and Google Play Store.

The app can turn any compatible device into a PoS system, and this will allow retailers to accept XRP instantly.

Wietse Wind, the founder of XRPL Labs, says that the app will be used at the upcoming XRP meetup in the Netherlands.

It was reported that XRPayments also has a built-in currency converter which allows users from any country to calculate the conversion from fiat currencies to XRP.

Look at that ? Nice POS units for our payments at the #Amersfoort #XRPCommunity #Meetup, generously donated by a fellow community member ? They are running the XRPayments app. See you Saturday! pic.twitter.com/RCDNwbVdWr

More XRP-centered platforms are in the works

XRPL Labs is currently working on other XRP-centered platforms as well, as reported by The Daily Hodl.

XRP was recently in the spotlight after the rumors that Ripple’s coin would be integrated into Skype surfaced.

Things got more serious and Weiss Ratings tweeted that Microsoft’s communication app Skype could be integrating Ripple’s digital asset into the platform to allow users to make micropayment via the XRP TipBot.

#XRP may soon get integrated into #Skype, picking up access to 300 million users for their XRP #TipBot app to send messages to users. XRP TipBot already can be used with #Outlook, #Reddit, #Twitter, #Gmail. #moreAdoption

This is how the Gmail and Outlook integrations work as well.

Previously, the XRP community got eager to try and convince the Skype team that XRP should be integrated into Skype.