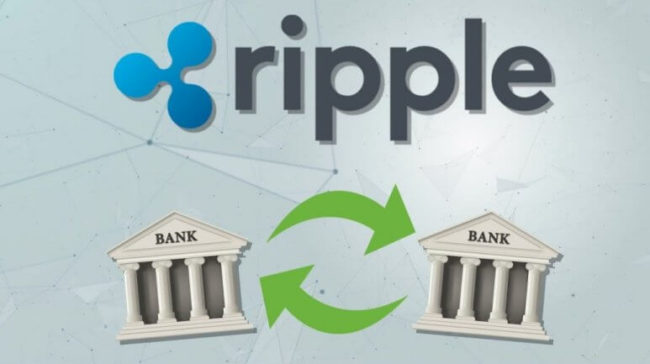 Ripple and the digital asset XRP seem to continue to stay in the spotlight these days. As we reported a while ago, Ripple is making significant efforts to boost the adoption for XRP, and its products.

XRP was implemented not too long ago into WooCommerce, Microsoft Outlook, Gmail, and there’s even some speculation that Skype will follow.

Ripple wants to work with banks and regulators, not against them

Now, Ripple has been priased by Brad Garlinghouse who said that they are trying to work with banks and regulators, and not against them how many have believed so far.

During an interview with Recode Decode podcast, Garlinghouse said that Ripple’s solutions were created to embrace the demands of banks and financial institutions, notes NewsBTC.

“I don’t think banks […] governments will go away. Banks are applying an essential regulatory framework that I actually think is important for society,” he said.

He continued, and stated that “99% of banks love what we’re doing because we’re democratizing something that’s controlled by a small number of banks, their competitors.”

ZyCrypto noted that David Gokhshtein, the founder of Gokhshtein Magazine and huge XRP supporter, believes that Ripple is placing itself in the ideal position to “infiltrate the global financial system.”

Banks are considering releasing their very own digital assets, and these coins should work as intermediaries between fiat and crypto for both institutions and individuals.

It costs the banks less to partner up with $XRP than it does for banks to create their own #crypto.

But Gokhshtein believes that after the financial giants test the crypto waters, they will find it much easier to use the infrastructure that Ripple has built so far.

He also believes that as opposed to hating the innovation, financial institutions will decide it’s better to ride the wave.

bottom line: banks aren’t going to fade out. they will always find a way to adapt to the current environment.

that being said; @ripple has the perfect system in place for them and that’s why most of them are teaming with them. $XRP #SundayThoughts

Regarding the price of XRP, more crypto experts are saying that the coin still has to mirror the success of Ripple and XRP is expected to hit $1 by the end of 2019.