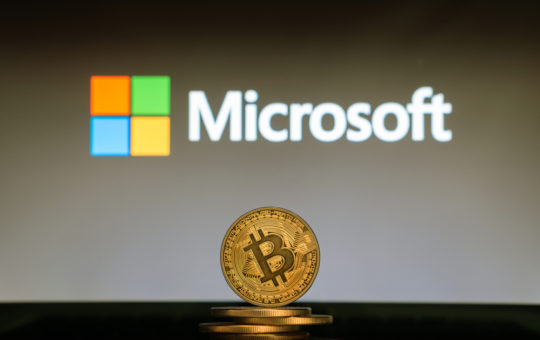 We have been reporting that one of the main goals of the crypto space for 2019 is to achieve the mainstream adoption of Bitcoin and crypto.

A lot of struggle was present in the space, and various achievements have indeed led the way towards the mainstream adoptions of Bitcoin and digital assets.

You may recall that massive retailers started accepting BTC.

A new initiative was announced yesterday, according to Fortune. Big name retailers, including Amazon-owned Whole Foods, are now accepting Bitcoin and other digital assets.

eBay also seemed to be gearing up for entering the crypto space.

Now, there’s been another move which has been called by many a milestone in the mainstream crypto adoption race.

Microsoft adds BTC as a currency option in Excel

Bitcoinist revealed that the huge goal has finally been achieved – Microsoft added Bitcoin as a currency option in Excel. And needless to highlight how many individuals, companies and organizations in the whole world are using Microsoft’s Office.

A coin has to overcome a lot of steps in order to become mainstream and Bitcoin just achieved this.

Microsoft added the crypto as a currency option in its Excel spreadsheet program.

Regulation and tax guidance are on their way

Anyway, in order to achieve mainstream adoption, a coin has to mark various milestones, and digital assets seem on the ideal track.

Institutional investors are expected to hit the market soon, especially with regulation and tax guidance being also around the corner:

“I share your belief that taxpayers deserve clarity on basic issues related to the taxation of virtual currency transactions and have made it a priority of the IRS to issue guidance,” said IRS Commissioner Charles Rettig.