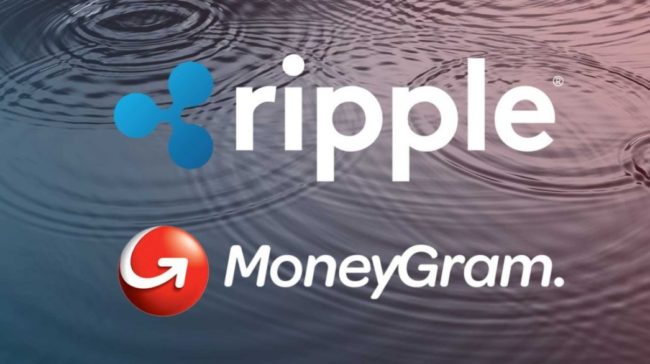 There have been a lot of rumors regarding a potential partnership with MoneyGram which was said to be in the cards.

Now, it seems that Ripple eventually teamed up with MoneyGram and the news is huge for both parties involved.

As expected, Ripple enthusiasts and the XRP army of fans are celebrating like there’s no tomorrow.

Ripple teams up with MoneyGram

This massive partnership will allow MoneyGram to use xRapid which is powered by Ripple’s digital asset XRP.

It’s been reported that Ripple has invested $30 million in MoneyGram equity made up of stock and a warrant to purchase common stock.

According to OracleTimes, Ripple has purchased the newly-issued common stock (including the shares underlying the warrant) from MoneyGram at $4.10 Cryptoninjas reports.

The partnership will rock the cross-border payments industry

“The deal is a big step for Ripple, but I think it’s even a bigger step for the overall industry. There’s been a lot of excitement around what blockchain and digital assets and crypto can mean for the industry and I think it’s the reason why players Facebook are diving in also. But we haven’t yet seen much beyond experimentation,” he said.

Garlinghouse continued and explained, “And at Ripple, I think we are the market leader because we have matured aggressively and we’re really solving real problems for real customers. MoneyGram is just the manifestation of that. And as the second largest global remittance company, we’re able to have a big impact with one customer and one partner in this.”

He also had an announcement to celebrate this massive milestone for Ripple and you can see it below.

To celebrate our work with @MoneyGram as-well as the launch of the XRP Developer site we are launching our semi-annual 2,000,000 #XRP airdrop.

Ripple community is crazy with excitement and they congratulate Garlinghouse and he whole team.

That is pretty amazing pic.twitter.com/C2PDS562iA

This achievement is expected to boost xRapid and XRP as well. Mor experts believe that XRP is undervalued and they’re expecting a surge.

XRP price predictions have been getting more bullish for quite a while.