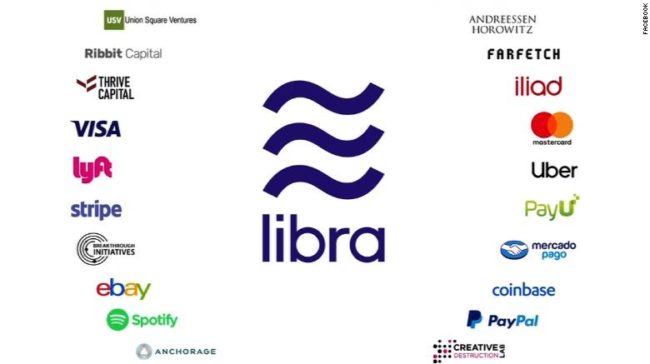 Facebook’s much-awaited crypto that has been said to be a huge game changer has been finally revealed by the social media giant. They say that with this coin, the money will be practically reinvented.

Sending money will become just as simple as sending a photo or a message to someone, says Facebook.

You can check out the whitepaper of Libra, and they also say that the network is scheduled to go live in 2020.

“Send money the way you send a message or a photo” Facebook announces on the website of its news app.

With the help of Calibra, users will be able to “Save, send and spend your money, all in the Calibra app. Top up your phone or pay bills. Your transactions will be private and secure.”

Gemini Co-founder Cameron Winklevoss believes that this digital payment system will not be the last one and we can expect that the FAANG companies (Facebook, Apple, Amazon, Netflix, and Google) will begin adding coins over the next year or two.

Prediction: ever FAANG company will have its own coin within 24 months.

XRP could play a role

One Twitter user suggested that Ripple‘s XRP could play a massive role in all of this.

As reported by Oracle Times, someone said that Ripple’s digital asset would bridge these coins via ILP.

The response he received was: “You are entirely misaligned and have not done your research. How do you expect those ledgers to connect together and transfer one coin to the other? That’s where XRP will bridge them. Stop spouting out biased opinions and do some research.”