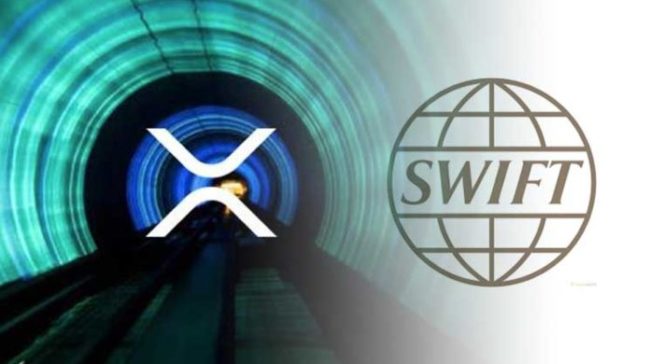 Ripple has recently addressed the most significant differences between its payment system and the traditional one that’s been the preferred among banks and financial institutions for decades, SWIFT.

If back in 2018, the crypto community was expecting to see a partnership between the two entities,.

Now things are more than clear because Ripple used various occasions to clarify the fact that they will not team up with SWIFT, but on the contrary, the main focus is to overtake it.

SWIFT is the current global standard in cross-border payments, and the company said that they currently link more than 11,000 financial institutions and banks across the globe.

Ripple aims to send money as quickly as data

SWIFT, on the other hand, is working on a new payments API that’s supposed to enhance speed and reduce the errors on the network. They will definitely not be using the blockchain technology because they believe it’s not ready yet to go mainstream.

Ripple and SWIFT will meet face to face to talk about the future of finance at the 1TC Conference in Germany.