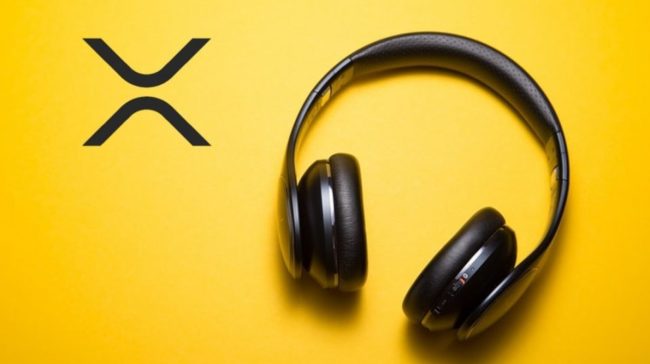 Ripple finds itself in the spotlight once again, but his time it’s about their latest investment.

Reshaping the music industry via XRP

Ripple has just revealed that the company is backing a startup which plans to shake the music industry using XRP.

The new company is reportedly called Raised in Space Enterprises, and it is founded by Ithaca Holdings and led by Zach Katz, who is the former CEO of the world’s third largest music publisher BMG, which was sold to Sony in 2008.

The startup plans to act as an investment group that will focus on “guiding extraordinary founders in creating innovative solutions for the music industry, from inception to market adoption.”

This startup is located in Santa Monica which is a music and entertainment hub, and the home of the most important record labels in the world, including Universal Music Group and Verve.

The Daily Hodl reported that Ripple has invested in the company via its investment initiative Xpring.

According to Ethan Beard, Ripple’s senior vice president of Xpring, the partnership has really strong goals.

The plan is to use blockchain and crypto in order to reshape the music industry.

“We’re excited about blockchain’s potential to solve problems in the entertainment space – from new ways to monetize creative content to innovative fan engagement models that were not previously possible. Xpring is about empowering the best entrepreneurs to apply technologies like the XRP Ledger in new and novel ways,” he says.

He continues and explains that “Forming the company is an important first step, now we’re excited to see how the entrepreneurs they back will build new solutions that can reshape the music industry.”

The company still has to decide how they will be using XRP, but something is certain: they want to create a community of experienced music and tech leaders with the primary goal of raising the value of music.