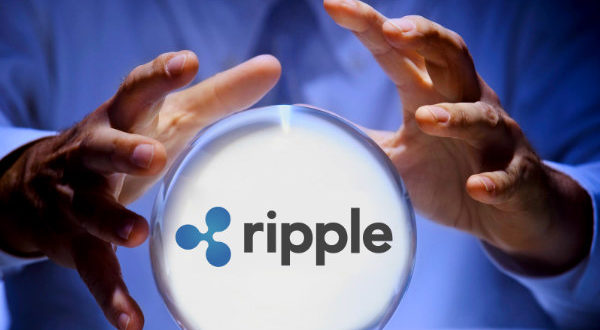 The whole crypto community has been keeping eyes on Ripple and XRP for quite a while now, and various price predictions have surfaced. These forecasts vary from shy to fantastic.

Quite a far-fetched theory has been reportedly published on TheIndependentRepublic.com, says UToday. It sounds too good to be true, and it claims that Ripple’s market cap could hit around $27 trillion.

This is even crazier as all the mined gold on our planet is worth $7.8 trillion. UToday discusses the details that this suggestion is based on.

They claim that such a high number would be possible only if Ripple becomes the choice of all the cross-border payments that are being made by all the financial institutions. And this is pretty crazy, we have to admit.

“The daily value of all cross-border transactions around the world is $9.8 trillion, while $27 trillion is stored in cross-border, transnational accounts,” UToday notes.

XRP reaching $20 by the end of 2019 sounds like a more viable possibility and the prediction has been made by Investinghaven.com.

They seem to be pretty confident that XRP will surge because it enables international payments.

UToday, on the other hand, believes that even this prediction is too far-fetched considering the massive amount of XRP tokens that are currently in circulation: more than 41 billion XRP.

Ripple has been recently in the spotlight recently again after during the Paris Fintech Forum, Ripple’s CEO, Brad Garlinghouse had a job offer for SWIFT’s retiring CEO Gottfried Leibbrandt.

The moderator asked him to share his experience at SWIFT and the legacy that will be moving on after he worked there for decades.

The man answered and said that GPI is a big part of the legacy which would transform the banking industry and while he was speaking, Garlinghouse just offered him a job. He said, “Ripple is hiring.”