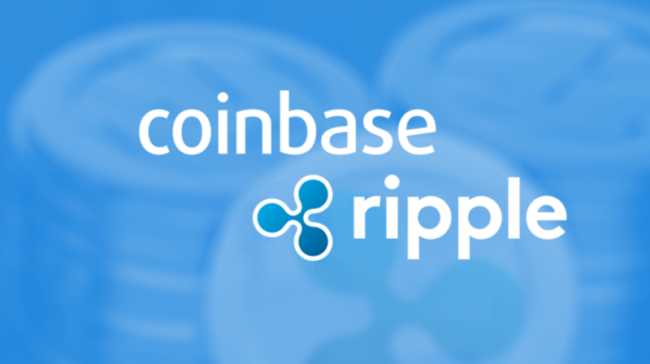 Ripple and XRP simply won’t get out of the spotlight these days. The whole Ripple community has been celebrating the fact that Coinbase Pro listed their favorite token on the platform.

Coinbase revealed that XRP would be listed on Coinbase Pro and this announcement brought a ton of excitement among the members of the community.

XRP is live on Coinbase.com

Now, Coinbase reveals that XRP also gets support on Coinbase.com along with iOS and Andoird apps.

From now on, all Coinbase customers will have the ability to “buy, sell, convert, send, receive, or store” XRP.

In their official announcement, Coinbase has also promised users that they’ll be adding more coins to the platform.

They said that one of the most common requests that they’re getting is the ability to trade more cryptos.

“With the recent announcement of our new listing process, we anticipate listing more assets over time that meet our standards. We are also investing in new tools to help people understand and explore cryptocurrencies,” Coinbase’s official blog post reads among others.

You can read the complete post to find out more details.

XRP is launching at https://t.co/bCG11KveHS and in the iOS and Android apps within the next 15 minutes. You may need to update your app to properly buy, sell or convert XRP. We will update when XRP is fully live. https://t.co/x2rM5R3S3y

Feedback from the community

Most of the XRP enthusiasts were excited at the news, but some questioned the price of the coin and more.

A user posted “All of the people that needed a Coinbase listing for XRP were the weak-hands that were shaken out of the tree during the bear market, which would explain why the Coinbase pump no longer exists. XRP holders will have to wait for inexperienced traders to enter/re-enter the market”

Someone else was grateful for the listing and said “Thanks Coinbase for stepping up to the plate. Can you please inform the #xrpcommunity as to when you plan on becoming a preferred liquidity provider and utilize #xrapid functionality?”

Someone else expects to see a price surge as well: “But why is the price not moving up, a bit skeptical, I know it’s going to the moon when the #asianmarket wakes up, Moon Xrp.”

Ripple slammed rumors that accused them of paying their way on Coinbase.