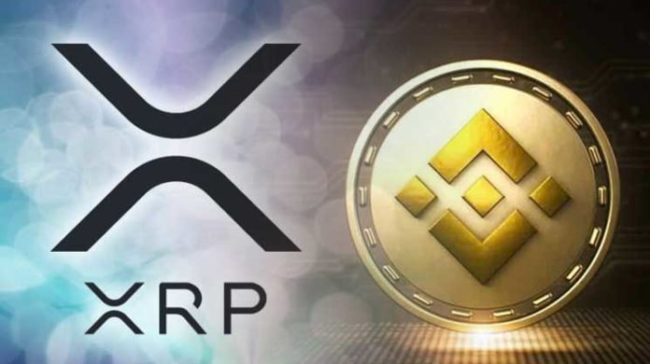 Ripple and XRP continue their exciting round of announcements. The San Francisco-based company has been bagging new impressive partnerships, and the digital asset XRP has also been enjoying new listings.

Now, Binance’s new fiat-t-crypto exchange based in Jersey has just revealed that they’re getting ready to launch XRP.

The exchange is currently supporting the Euro and the British Pound trading pairs with Bitcoin and Ethereum.

Binance CFO just announced that the exchange would soon launch XRP. It wasn’t quite an announcement but a response on Twitter.

Binance is gearing up to launch ten fiat-to-crypto exchanges in 2019.

It’s also worth noting that Binance’s CEO Changpeng Zhao has just hinted at the fact that Argentina is the platform’s next stop.

The good news doesn’t stop here. From now on, Coinbase users can store XRP directly into their Coinbase Wallet app.

The new wallet update with XRP support will roll out to all the users on iOS and Android these next few days.

All these XRP achievements are only paving the way towards the mainstream adoption of Ripple’s digital asset. Ripple has been making huge efforts lately to support mass adoption.

Ripple and XRP have been enjoying a lot of achievements this year, and they’ve been bagging partnerships and new listings like there’s no tomorrow.

These days, Ripple has been making enhanced efforts to push XRP towards adoption, and the latest such move involves the gaming sector.